Although the buildings on the land of present-day Rikkerda have carried the name "Rikkerda" for centuries, little is known of a Rikkerda family. Some sources say that the Abbot of Gerkesklooster sold land to Reynardus Ryquerda (a surveyor from Oldekerk); who is said to have founded two farms on it. 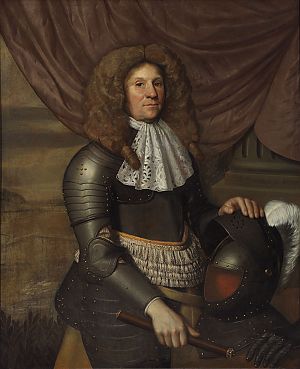 Berend Prott was a prominent military man, who gained fame in particular through his role as a captain in the successful defense of the fortress Bourtange from attack by the Duke of Munster in 1672. He bought "Heerd Rikkerda" and the following year started construction of "Borg Rikkerda". A "Borg" is a Groninger term for a fortified mansion. For this purpose he had moats dug and what started as a large country house more or less acquired the status of a borg. Given his busy military career, he would not have spent much time at Rikkerda. His second wife Frederika Tjarda van Starkenborgh died childless in 1687. However, Prott remarried in 1688 to Cecilia Elisabeth Tamminga, widow of Daniël de Hertoghe, lord of the Feringa estate in Grootegast. Prott died childless in 1703 and left all his possessions to his third wife. 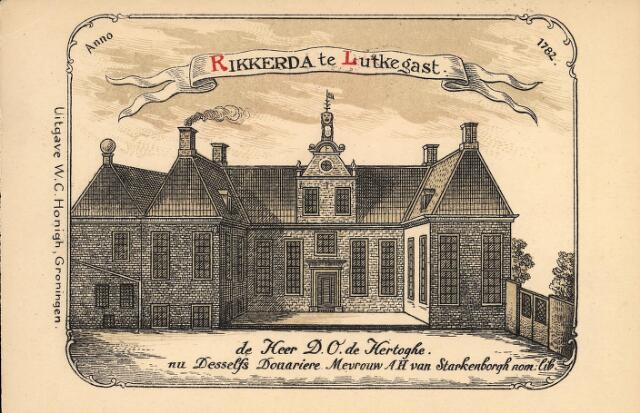 The well-known map of Groningen drawn by Beckeringh contains images of the Groninger borgen, including an image of Rikkerda borg (see photo). In 1799, Rikkerda possessed a dining hall, fourteen rooms, two stables, a brewing house, a coach house, an orangery and a churning room. This means that the borg was a lot larger than Beckeringh's drawing suggests. 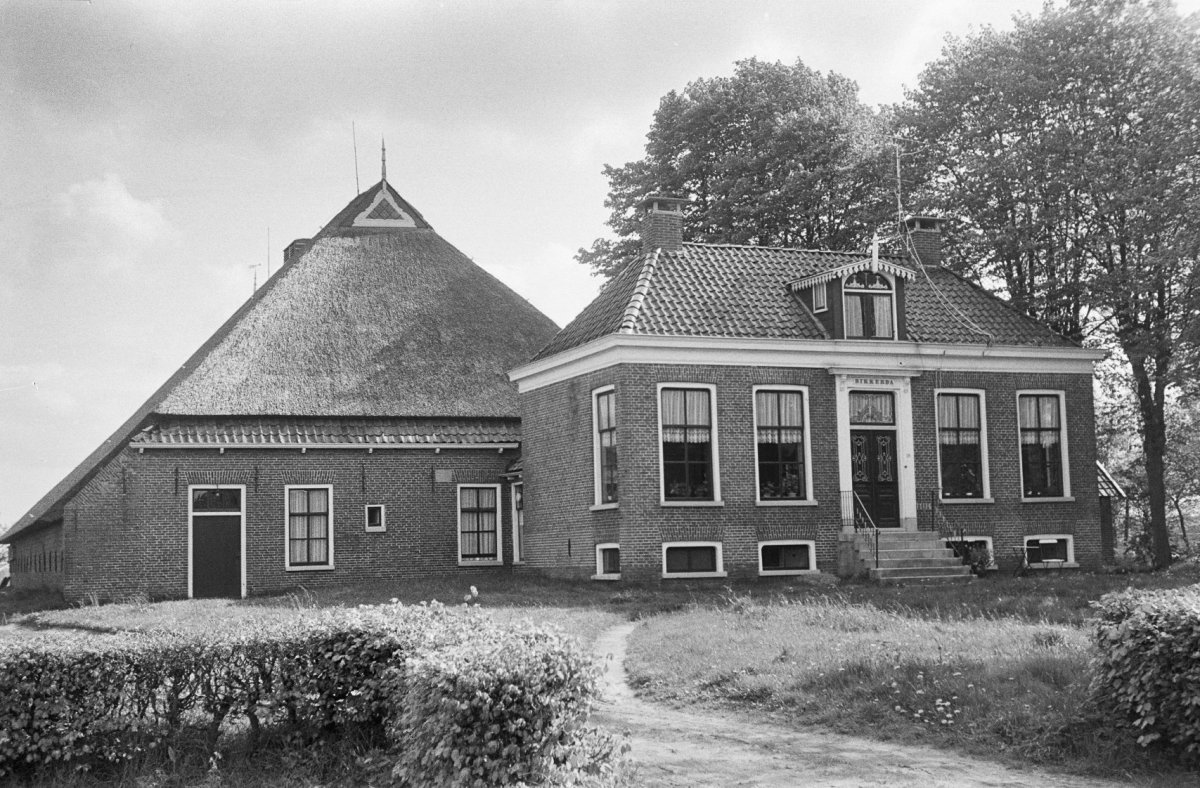 In 1828 the borg with land (about 80 hectares) was sold to Berend Harkema, a timber buyer from Warfhuizen. He demolished the borg in the same year and sold the land. Eite Jans van der Veen, a teacher and peat farmer from Lutjegast, became the owner of the remainder of the borg and its land. In 1848, Van der Veen built a farm next to the original site of the borg and much closer to the road. Many building materials from the demolished borg were used in the construction of the farmhouse; for example, the window sills became the stairs to the front door, the kloostermoppen (bricks dating back to the Middle Ages) were reused for the walls, and the chimney-stones were used to pave the barn floor. The farm, also adorned with the name Rikkerda, was occupied by Van der Veen until his death in 1877. 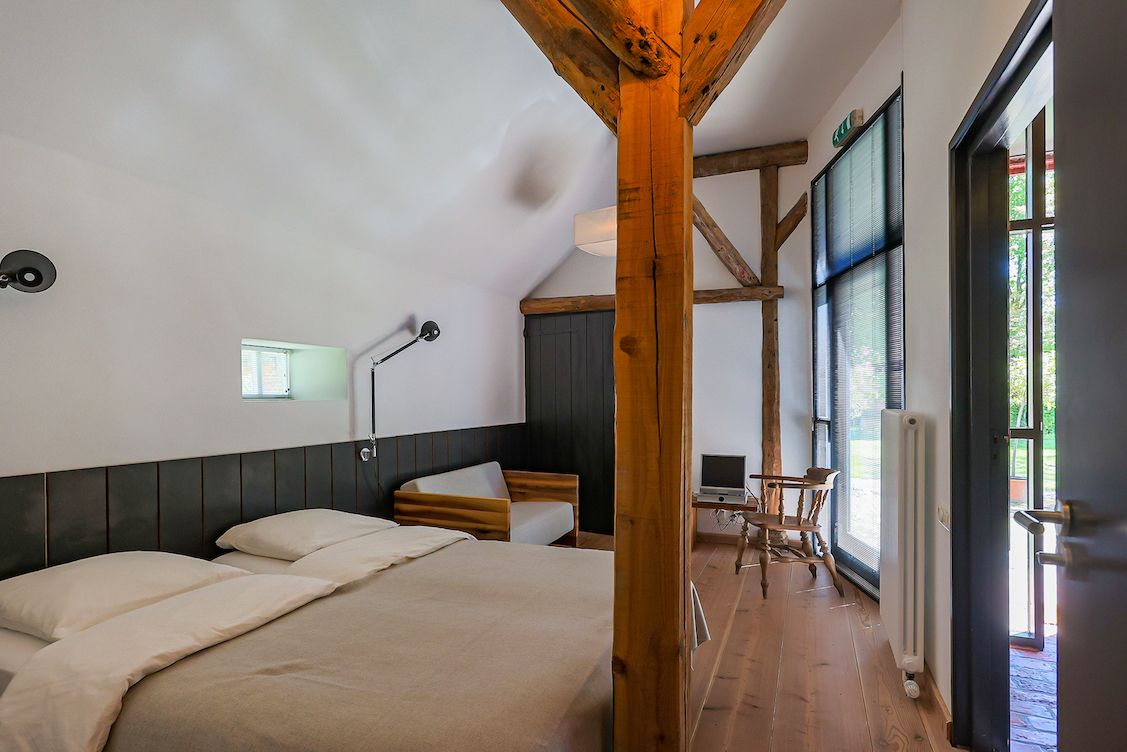 In 1991, the Rikkerda farm ceased to be an agricultural business. With a view to the impending "ruilverkaveling (process of redisribution and consolidation of small plots of land) of Lutjegast-Doezum, the farm was purchased by the Bureau Beheer Landbouwgronden (BBL). This purchase marked the end of more than 140 years of occupation of the Rikkerda farm by four generations of the Van der Veen family. The BBL's interest in the purchase mainly related to the land. As a result of periodic purchases and sales, the original site of the borg no longer belonged to Van der Veen's farm and was therefore not included in the parcels of land purchased by the BBL. In 1992, the farmhouse with grounds and garden were put up for auction again. A new owner and a new purpose presented themselves, this time as a residential farm. The new owners were Jan Frederik Schuitemaker and his wife Caroline Baan; in 1993 they moved into the farmhouse permanently, and in 2007 two luxury guest apartments were developed in the large barn and the side barn. 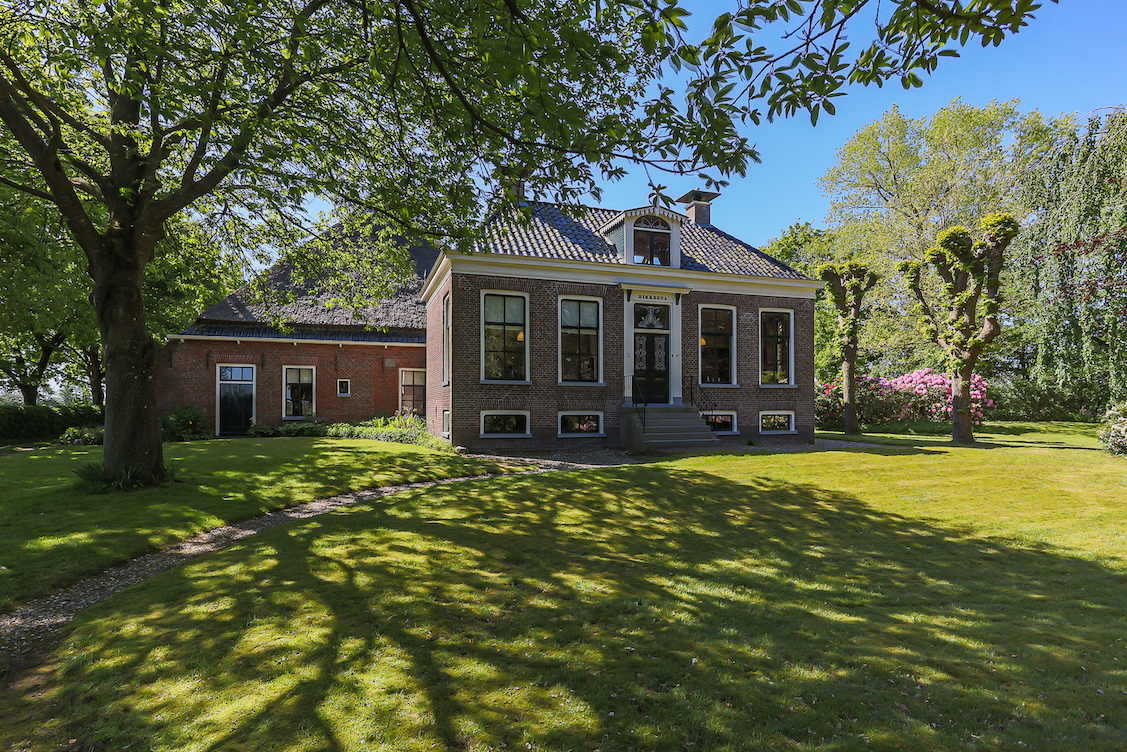 In 2021 Bart and Caroline Koolhaas-Johnson became the proud new owners of Rikkerda. Full of enthusiasm they continue on the path taken by the previous owners. Their passion for nature, history and hosting guests from all over the world makes for an exciting new chapter in Rikkerda's rich history.